Our late founder and CEO, Jay Jaffe, had said that, if he hadn’t carved his path as one of the pioneers of legal marketing and PR, he’d have been a stand-up comic. Anyone who spent five minutes with the man could tell you that he had a love for humor, a quick wit and a gift for storytelling. In fact, he loved humor so much that Jay made me tell him a joke as part of my job interview in early 2012. He must have found me funny enough, because I got the job. (This is where Jay would probably chime in and say, “Yeah, funny-looking.”)

Jay’s creative mind, combined with his business savvy, is what made him a larger-than-life figure and a mentor to many of us in the industry. It’s also what empowered him with the uncanny ability to predict, with eerie accuracy, the direction legal marketing and PR would take in the new millennium.

The following are some of the innovations that Jay championed, at times advocating for their use so far ahead of the curve that people thought he was crazy. These are initiatives that, as Jay himself would say, are “mission-critical,” not just to Jaffe and our clients, but also to the legal marketing industry as a whole.

As a former reporter, Jay understood the value of exceptional content. After all, aren’t all reporters purveyors of information, or, as Jay put it himself, content providers? The more clear, more useful and more engaging your message, the more you will develop trust within the marketplace and build your reputation.

Jay noticed early on how technology was changing the legal marketing playing field. He recognized a shift away from traditional PR toward a paradigm that blended what we now call owned media (websites, blogs and e-newsletters) and earned media (pitches, press releases and bylined articles). He understood clearly that a firm could establish its credibility as a thought leader if it strategically and consistently delivered a range of content over multiple channels to reach its audiences in the most direct manner possible.

In March 2012, Jay penned a white paper on Legal Brand Journalism, which laid out his vision for this radical and innovative shift in thinking about legal marketing. Here are some choice passages from the paper:

Today’s legal marketers have largely adopted the term “content marketing” to refer to what Jay described as Legal Brand Journalism. While the terminology may have changed, the principles that Jay described have only become more critical to the future success of those in the legal industry. By creating, hosting and sharing your own client-focused content, a law firm’s brand can become a major resource for the marketplace. Nothing helps a firm’s reputation more than providing value and building trust among clients and non-clients alike.

It’s strange to think of a time when social media wasn’t a part of our lives, but, for many in the legal industry, it’s still a relatively new tool. Always the technophile, Jay was an early advocate for promoting social media to the legal industry. What else would you expect from the man who established the virtual office environment? This was a guy who had his employees adopting iPhones while most of the legal industry was tied to Blackberry devices (and now that the fate of RIM is all but sealed, we’ve seen how that’s worked out).

In 2008, Jay penned a white paper about Web 2.0 and PR 2.0, in which he described the key differentiators that social media affords legal marketers. What he recognized early on is that social media is, by its very nature, social. To use his own words:

Web 2.0 is interactive, open to user-generated content and very inexpensive when compared with traditional media. Its tools and technologies are often referred to under the heading of “social media.” Simply put, a Web 2.0 site is launched and users are asked to contribute to (and often to rank) the site’s content.

Web 2.0 is all about sharing content – and lawyers and law firms generate a lot of useful content in the course of doing business. It is an ideal medium.

During the height of the recession, as many in the legal industry fretted over what the future might have in store, Jay saw tremendous opportunity in the cost-effectiveness of social media. Writing in December 2008 in an article titled Web 2.0 and the Recession: Little guys can finish first, Jay recognized that social media enabled firms of all sizes, from the AmLaw 100 to small and solo practices, to reach an incredibly large audience at virtually no cost. He wrote:

The size of your firm doesn’t matter, nor does the size of your marketing budget. Because while money is certainly tight, smart lawyers and other professionals are finding that it doesn’t take a lot of money to get attention on the Web as an expert. Web 2.0 marketing tools, such as blogs, podcasts, tweets, social networks and interactive websites, are cost-efficient and, when used properly, can help do the marketing work for you.

Social media has matured to become a given among legal marketers. From a branding perspective, if your firm doesn’t have a social media presence, it’s pretty hard to take your efforts seriously.

Last but not least, Jay was a major proponent for multimedia content. As a broadcast journalist, Jay understood the significance of the old Marshall McLuhan phrase, “The medium is the message.” In other words, information is more than the content of the message; it’s influenced by the medium through which it is transmitted. So if a picture is worth a thousand words, then a video may well be worth a million.

As the print news industry began to incorporate more video content into their websites, Jay took a major interest in how law firms could leverage this medium for their benefit. He developed our video service offering, and began devoting his time to researching ways in which legal marketers could incorporate video into their own content marketing initiatives.

With more hosting platforms available than ever before—from YouTube to Vimeo to Instagram and Vine—combined with the fact that anyone with a smartphone has a virtual production studio in their pocket, Jay’s prediction that law firm video content will become commonplace is coming to pass.

Where Are We Headed?

It’s impressive that Jay foresaw the inclusion of content marketing, social media and videos in the legal marketing and PR toolkit. But, as clairvoyant as his predictions often seemed, there was no mysticism behind his thinking. The man just had a knack for seeing the 30,000-foot view. Much like standing atop a hill, the vantage point afforded him not just a clear vision of the current legal marketing landscape but also a direct sightline to where the industry was headed.

Jay may be gone, but he is not forgotten. Besides his own content, which will live on the Internet indefinitely, his spirit of fearlessly leading the field of legal marketing and PR into uncharted terrain has inspired a generation of professionals. True, Jay’s unique mix of creative thinking, business savvy and appetite for risk are hard to replicate. But when we find ourselves settling for complacency rather than pushing the envelope, it helps to ask, “What would Jay do?” 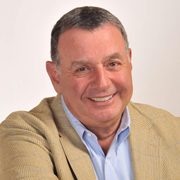 How to Communicate Your DEI Efforts
Can I Get Extra Pickles with that Pitch? How to Create a Perfect PR Burger
Marketing Tips for First-Year Associates