Aligning with Client Expectations — Is Your Firm Walking the Walk in 2022?

It’s now 2022 and despite the flip of the calendar and the Omicron variant sweeping the USA, it feels like not much has changed. Or has it?

Let’s take a deeper look at some tectonic shifts that are changing the landscape and how they affect law firms and client relationships.

One of the biggest transformations the USA is experiencing outside this seemingly never-ending pandemic is that doors are being opened to welcome issues of social change and culture realignment.

However, it’s become quite clear that being a relevant business today doesn't only mean agreeing with, making statements about or simply playing a neutral card when it comes to social and cultural change. The adage is true: Actions speak louder than words, and active participation and engagement are critical for fostering real change. Your clients demand it, your competitors are doing it, and your attorneys and staff want it. This is how we will be measured.

1. Diversity and Inclusion in the Legal Industry

Continuing its trend as a leading priority for corporate legal departments and law firms, legal industry DEI efforts are heading in a positive direction, with increasing speed over the past couple years. Efforts are being recognized with awards programs such as the annual Chambers D&I Awards event. These initiatives are establishing beneficial partnerships with communities, companies, law schools and more. They are making a difference, but more is still needed.

A recent survey by HBR Consulting that benchmarked U.S. and global corporate legal departments showed that in 2021, 49 percent of respondents ranked diversity as a top priority when selecting outside counsel, compared to 35 percent in 2019.

Businesses are taking a hard look at external relationships to ensure their law firms are walking the walk. These corporations are shelling out more and more dollars toward these commitments.

For example, the Coca-Cola Company makes strong statements about its focus on diversity, and reaffirmed its commitment to spend $1 billion with diverse suppliers. Its legal department also drew attention when its general counsel at the time set a policy in early 2021 requiring that at least 30 percent of billed associate and partner time for Coke be from people of color, women and LGBTQ+ individuals, and at least half of that was to be from Black attorneys. Firms that didn’t comply would see their fees cut by 30 percent and potentially no longer be considered for Coke work. This policy paused last spring and remains under critical review by the company after the GC’s departure.

Similarly, Swiss pharmaceutical giant Novartis International told its law firms in 2020 that they must use diverse teams of lawyers. At least 30 percent of associate billable time and 20 percent of partner time should come from female, ethnically diverse or LGBTQ+ professionals. Novartis stressed that firms with diversity and inclusion commitments would be at an advantage when it chose lawyers. A year later, progress was clearly demonstrated with its partner law firms: 49 percent of partners and 68 percent of associates have been diverse.

It remains to be seen which other large corporate legal departments will take such bold steps, but there is no doubt that Fortune 100 companies are making demands on law firms to walk the walk.

Sidley Austin takes intentional steps toward increasing diversity, and according to firm executive committee chair Mike Schmidtberger, between 40 percent and 50 percent of the firm’s classes have been women for the last four years.

Law firms also are looking at creative ways to drive more diverse attorneys to their firms, by offering skills and executive training programs, crediting extra hours for bonuses, giving out recruiting bonuses, and more. Among its various inclusion and diversity initiatives, Bradley annually gives two scholarships to law students from backgrounds that are traditionally underrepresented in the legal profession. Each scholarship includes a summer clerkship.

While the focus on women and minorities has been making great strides, much less attention has been directed to the LGBTQ+ legal community.

Although the known numbers are relatively small, it’s an increasingly important group to pay attention to — not only because corporations are doing so, but to support the burgeoning awakening among law firms that now purposely seek and recruit the next generation of lawyers who support inclusion, awareness, wellbeing and lifestyle support.

The most recent NALP Directory of Legal Employers survey (2019) addressing this community found that only 2.99 percent of lawyers who responded identified as LGBT and that only 2.07 percent were at the partner level at national law firms. Associates identify the most as LGBT lawyers, at 4.14 percent.

What does this mean for law firms?

A look at corporate America shows heightened awareness and action. However, limiting action to Pride Month can lead to greater reputational damage in the long run if the company isn’t investing efforts all year long, and that action all must align with and remain consistent across the company. Openly supporting the LGBTQ+ community in the United States while remaining silent or in opposition in other countries demonstrates a lack of authenticity. Avoiding mistakes like this is an ongoing lesson for both the corporate and legal communities.

American business has its challenges on this front, because opposition has become a rising tide in state legislatures across the country. Change must happen at that state government level to accommodate equality in all areas.

A call from the prominent LGBTQ rights organization Human Rights Campaign demands that  corporate America rise up against injustice and discrimination as “hundreds of bills have been introduced in state legislatures around the country that attempt to erase transgender people, make LGBTQ people second class citizens, and deny marginalized communities the right to vote. These bills and others like them being introduced across the nation effectively deny basic and fundamental rights to certain groups of people — and they must be stopped.”

A topic that is near and dear to our hearts, because Jaffe has worked as a virtual agency for our entire existence of 43 years, is the dramatic and sudden shift to working from home.

Setting the pace on the corporate front is accounting and consulting firm PricewaterhouseCoopers, which announced in October 2021 that it is allowing all 40,000 U.S.-based service employees to work virtually. The company expects this policy will allow them to be better at retaining talent and recruiting a diverse workforce.

Law firm leaders have accepted that remote work in some form is here to stay, and our previous normal routine of everyone commuting daily to an office to sit at their desks will never be as it was. Law firms are accommodating by adapting work-from-home policies, investing in new or improved technologies, developing schedules to alternate in-and-out-of-office times, changing travel requirements, and embracing other hybrid working styles. It took a pandemic to force the issue and bring executives to realize that work could be done remotely — and still be done well.

Many law firms had better-than-expected productivity and success since the pandemic started, but at the same time, being flexible and achieving balance is most important. McCarter & English has a flexible back-to-the-office structure, identifying a pain point during forced remote work that collaboration, collegiality and the mentorship of younger attorneys all suffered.

In the end, law firms must continue to find ways to engage consistently and authentically with lawyers, staff, clients, recruits and communities from all backgrounds to be successful in retention, recruiting, relationship development and revenue generation. Including societal and cultural changes are a necessary part of the ever-evolving legal community landscape.

Firms can use PR to bring awareness to their audiences about how they are walking the walk, including these steps:

To discuss ways that your firm can better align with corporate clients and improve relationships this year, contact Vivian Hood at vhood@jaffepr.com or Terry Isner at tmisner@jaffepr.com. 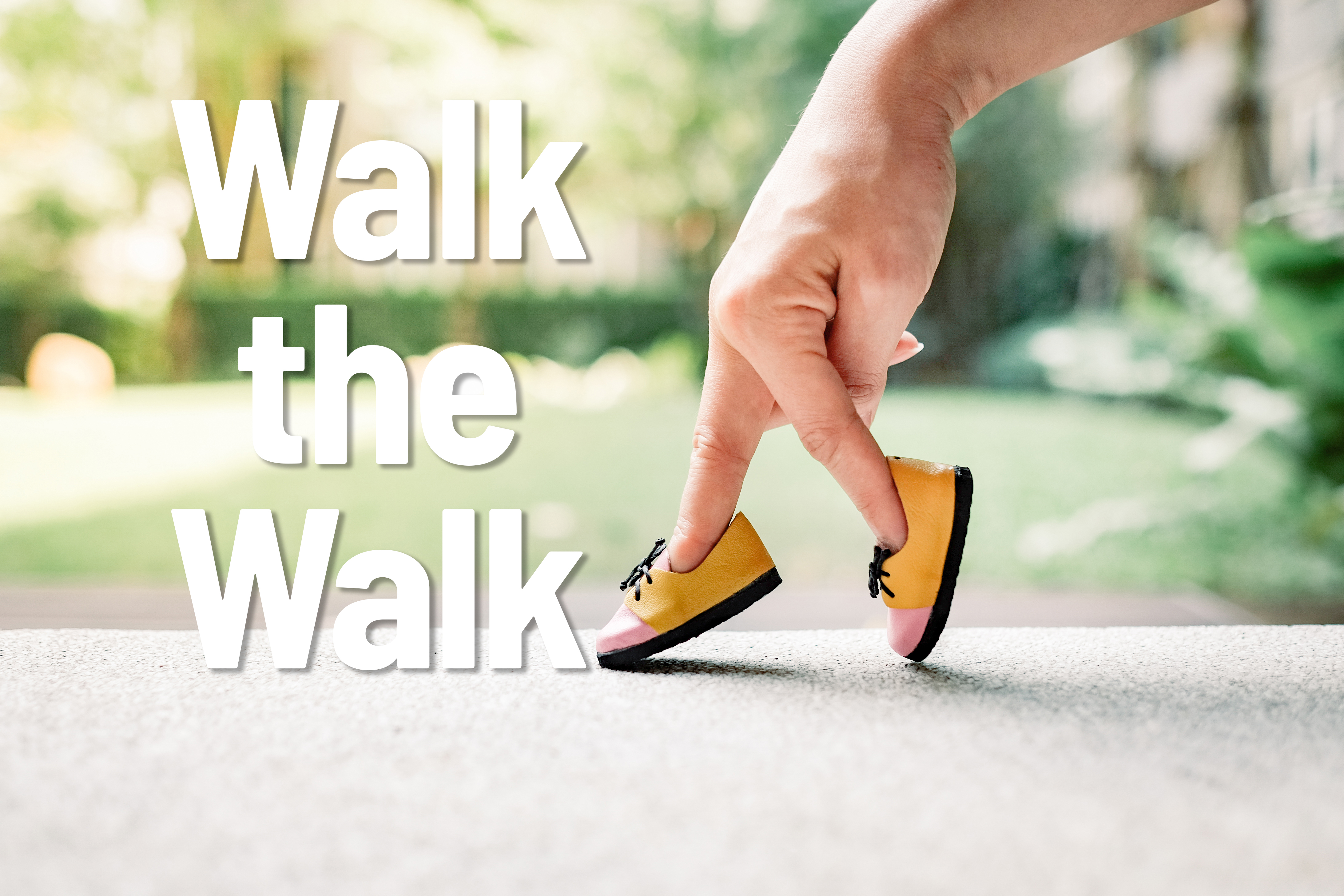 Accountability Questions for Business Development Coaching Success
A Pairing for the Ages: PR + BD
How Law Firms Are Supporting Women Lawyers in The Pandemic