Blackfish: How controversy can boost your legal blogging efforts

Attorneys and legal marketers often ask “What should I write/blog about/share on our firm’s website or in social media platforms?” Often, individuals will admit they are reticent to engage in legal blogging or legal writing for fear of creating a stir that will negatively affect their or their firm’s reputation.

I completely respect that sentiment. But what happens when an individual, company or firm actually does create a stir? Is it necessarily a bad thing to espouse an opinion, in a public forum such as the Internet, no less?

A whale of a tale

Let’s look at a real-life case study of what can happen when a company uses its media reach to deliver a controversial message. CNN recently created a buzz on the Internet and in social media when it aired “Blackfish,” an animal-rights documentary directed by Gabriela Cowperthwaite, which originally debuted at the 2013 Sundance Film Festival.

“Blackfish” tells the story of Tilikum, an orca whale captured in 1983 off the coast of Iceland, kept in captivity, and used as a performance animal for marine-based theme parks and shows. Although there is no record of an orca causing human harm in the wild, Tilikum was involved in three human deaths. Two of the individuals were professional orca trainers, experienced at working with Tilikum.

With the airing of “Blackfish,” CNN pulled a rare ratings coup over its competitors. The story is also generating lots of blog activity for outlets such as the New York Times and Huffington Post. Since the original broadcasts, CNN has scheduled subsequent airings of the documentary, no doubt a decision based on ratings and the buzz created from what is considered by many a “controversial” program.

So, what does this have to do with legal blogging and legal writing?

There are two primary ways an attorney can participate in “the conversation” via blogging, legal writing or social media:

As the CNN/“Blackfish” example shows, using your media channels to deliver opinionated content can deliver the desired results. That said, before taking this route, I always ask an attorney, “What are your goals when implementing a strategy for an online and social media presence?” The goals can vary as much as the individual personalities. They often include:

It can take a lot of time and effort to become “relevant” in social media, cutting through the noise and becoming recognized and followed. A willingness to write appropriately about or comment on topics viewed as controversial or sensitive can speed the process.

If you are going to exercise your opinion on a controversial topic, keep the following tips in mind:

You don’t have to jump into the fray of a controversy to add value to the conversation. But if you do, consider your commentary carefully before you share your insights.

If you would like to be a part of the conversation, feel free to comment below, or reach out to me directly at sremley@jaffepr.com or 804-304-2894. 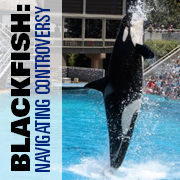