Donald Sterling is persona non grata for his racist remarks that were caught on tape and first published by TMZ, lighting a firestorm that is making international headlines. President Barack Obama even commented on the situation, saying that Sterling’s comments were “highly offensive.” NBA Commissioner Adam Silver’s decision to fine Sterling $2.5 million and ban him from the NBA for life was met with strong support. The other NBA owners will be voting on whether Sterling must sell his team in the coming weeks.

While the controversy will remain in the news cycle for the foreseeable future, there are a number of lessons that we can learn from this situation that apply to law firm crisis management if we imagine that instead of owning an NBA basketball team, Donald Sterling was the single name partner of a law firm.

Imagine the hypothetical law firm of Sterling and Associates, where the name partner, who had been at the helm of his firm for 33 years, was caught making similar comments and had a similar background as Donald Sterling. What would clients think? How would his employees respond? What would be the consequences? And how does the public relations professional manage it all? Does the firm have a crisis communications plan in place?

Even before Silver announced his decision to ban and fine Sterling, the team’s sponsors, including CarMax and Virgin America, began to withdraw their sponsorships. This is akin to a law firm’s largest clients firing the firm, leaving it in financial ruin and making a public statement about its values.

In response, the Clippers organization quickly distanced itself from its incendiary owner — looking to other leaders to help it carry on. The team was left to coach Doc Rivers to keep focused during the playoffs amidst incredible, distracting scrutiny.

And while the players — many of whom were personally offended by Sterling — considered protesting, they instead banned together and were able to win their first home game since the problem began. And the fans? They could not have shown stronger support for the team. In the legal world, it would be as if the law firm moved on and still went to court, winning a groundbreaking verdict in the shadow of what could have been its ruin.

The marketing department quickly launched a “We Are One” communications campaign that offered a direct, simple message that players, fans and the league could grab onto. The crisis response was brilliant and effective in communicating the solidarity of the employees. After the Clippers posted the graphic onto their website, 29 other teams followed suit — including the Chicago Bulls, Miami Heat and Dallas Mavericks — posting “We Are One” to their social media accounts.

While the controversy could have damaged the team’s brand overall and its reputation within the league and while it certainly could have caused players to walk off the court during the playoffs, the dedication and creativity of the team’s leadership and marketing team may have actually helped boost the team’s image. They made it about the players, the fans and the games, effectively sidelining Sterling.

As an owner of an NBA team, Sterling is bound to the organization’s constitution and code of ethics. Similarly, lawyers are bound to the American Bar Association’s (ABA) conduct and ethical guidelines. The ABA has even gone as far as making specific guidelines for diversity. Sterling’s punishment is a reminder that even independent businessmen are not above the governing principles of the organizations to which they belong.

If this situation — or any controversy — had happened at “Sterling & Associates,” it would be up to the firm and ABA to determine the punishment and whether it fit the proverbial crime. Options would include issuing a public apology to forcing a leave of absence.

Be Swift and Decisive

In a law firm, such a controversy has the potential of bringing the firm to its knees. Loss of clients, loss of productivity, poor client service, poor internal communications and poor communications with clients are just some of the issues that the remaining leadership within the firm must battle. Law firms can look to the example of how the L.A. Clippers managed this situation for guidelines on how to manage their own strife — even when it does not make international headlines.

And one last takeaway: In this world of technology, anything and everything you say may find its way into the public eye. 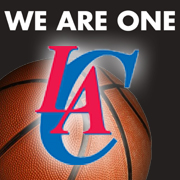