After a rather rocky run for the White House, presidential hopeful Ted Cruz recently dropped his bid for the office. The end of his campaign was not terribly surprising. In a press conference on his first day back in Congress, Cruz said that he did not want to “Monday morning quarterback” his campaign.

But I do. Let’s take a look at the legal marketing and public relations lessons we can learn from Cruz’s cruise on the campaign trail.

The message: Work on your body language. When you are in front of your audience, whether it be at a client meeting or a speaking engagement, choreograph your movements. You want to make sure that you are natural. If you are anxious about appearing in a public forum, be sure to practice, especially if an appearance involves another person.

In March, my colleague Michelle Samuels provided PR takeaways learned from from Donald Trump’s campaign. While Cruz employed different tactics in his failed run for the White House, both provide important PR messages for law firms: Understanding your brand, knowing your message and knowing how to deliver it remain key components to success on the campaign trail and off of it.

To further discuss how to remain true to your brand and avoid blunders, contact me, Stephanie Holtzman, at sholtzman@jaffepr.com. 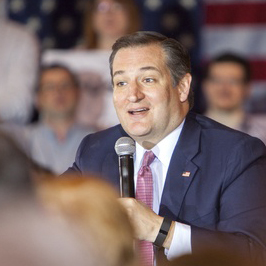