Over the past several months, the term “fake news” has become part of our everyday vocabulary. Many entirely untrue stories have overshadowed real news headlines. These fake reports, hoaxes and rumors are often tied to issues trending in the real news and typically are published on websites that appear legitimate. This phenomenon has even led Facebook and Google to announce that they’ll crack down on these so-called news sites.

These fake stories can be extremely dangerous, causing real-life consequences. For example, it has been reported that a fake news story led a man to shoot inside a Washington pizza shop. In this instance, a North Carolina man opened fire at Comet Ping Pong, which an Internet hoax implicated as the headquarters of a supposed – and nonexistent – child sex ring run by Hillary Clinton.

Law firms and lawyers are all sharing news with our networks on social media sites such as LinkedIn, Facebook and Twitter, so it is now more important than ever to share news responsibly, and only post and share stories you know to be true. Here are some tips for law firm marketers that will help ensure you do not contribute to the fake news epidemic, thereby helping you retain your credibility as an industry professional.

It is important for attorneys, especially those who act as on- and off-the-record sources to the media, to know how to decipher whether a story is real or fake. Take a closer look at the website’s domain name and URL address. Is it actually a legitimate news site, or is it a fake news site subtly disguising itself? Here are some fake news websites to watch out for: 70news.wordpress.com, which reported false news on the election results; Abcnews.com.co, which shares a very similar domain to the real ABC News website; and Thebostontribune.com, which looks like the name of a real newspaper. Wikipedia also publishes and continuously updates a thorough list of fake news sites.

Read the Site’s “About” Section

If you are asked to comment for a website or outlet that you are not familiar with, research is key. Most real news outlets include "About" sections that provide information on a publication’s parent company and reporting staff. If the verbiage seems odd, be skeptical.

Review the sources cited and quoted, and determine whether they are credible. Most reputable news outlets will include multiple professional, expert and academic quotes in coverage, particularly if the story being covered is controversial. If you are still in doubt, fact-checking sites, such as FactCheck.org, Snopes.com, the Washington Post Fact Checker and PolitiFact.com, probably have already checked the story.

Corroborate by Reviewing Other Sites

See an article you’d like to share on social media? First, enter unique keywords associated with the story into Google News to confirm the validity of the information. If you find a lack of additional, reputable sources covering the news, approach the information with skepticism.

If you’re active on sites like Twitter and LinkedIn, you are subject to a tremendous inflow of information through your connections’ tweets and posts. That said, always vet the information you read on social media. It’s very easy for a simple rumor to spiral into viral fake news. Take for example the myriad of false celebrity death reports over the years that were born from the sharing of unvetted social media rumors.

For Twitter users in particular, make sure that the source of the information you are reading is legitimate. Nefarious users on Twitter masquerade as celebrities, politicians and news sites. You can confirm whether your source is who he or she professes to be by looking for the verified account icon, which appears as a blue check mark.

Need assistance vetting media inquires or determining whether they are coming from a fake news site? Contact me, Lisa Altman, at laltman@jaffepr.com. 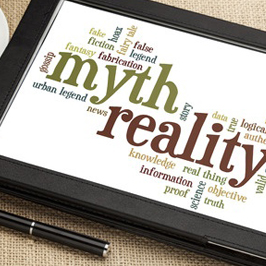