How Levity Can Add Positivity to Firm Culture

I admit it. I am not a baseball fan. I was relieved when my sons declared they prefer to play soccer over baseball. Baseball games are long and hot, and, once the novelty of the hotdogs and popcorn wears off, you have hours before it is time to leave. Living in Washington, though, there is something magical about when a D.C. sports team does well, and the Washington Nationals’ bumpy road to its first World Series caught my attention — not because of the actual sport, but because of the “Baby Shark” song and the power of positivity that has swept this city thanks to the Nationals.

Having Fun with the Fans

Former Washington Nationals outfielder Bryce Harper brought star power to the young team that was fresh and very much valued by the fans. But he didn’t have the reputation for being a team player — he was fine, but not a leader. When he became a free agent and left Washington for a bigger paycheck in Philadelphia, many thought that the team’s season was over before it started.

Then in walked Gerardo Parra, who had recently been cut from the Giants and certainly did not have Harper’s star power. Parra was far from the best player. From June 2 to June 22, he was 2-for-30 with 11 strikeouts in five starts. The team’s morale was plummeting. Knowing that Parra was fun to be around and made his teammates feel good, team manager Dave Martinez charged Parra with bringing the energy. He did not care if Parra didn’t play well as long as he helped the team have fun.

And that he did. Parra brought with him an infectious positive spirit, rallying players and fans alike. Parra decided to walk out to the Baby Shark song, probably because it was stuck on autoloop in his head from his two-year-old. Then he started the homerun dugout dance and silly sunglasses. A baby shark appeared on the dugout railing as a good luck charm, and fans learned to “chomp.”

Parra is credited with changing the culture of the team — on the field, in the stands and in the clubhouse. Fans arrive dressed as sharks; people are doing the Baby Shark dance. And guess what? The team starts winning. First, they won the wildcard, then the pennant, and now they’re off to the World Series! The Harper/Parra dynamic in the Washington Nationals is the perfect example of addition by subtraction.

So, what is the secret? Talent? Sure. Hard work and dedication? Of course. Devoted fans? Definitely. But the Nationals had all of those elements in the past. What made this season different is that the team was having fun. They were positive. They believed in themselves, and they made the fans believe in them, too. And so, the magic happened.

Making the Magic Happen at Your Firm

Does your firm need a little magic? While your staff may not be walking through the halls singing “Baby Shark, doo, doo, doo, doo, doo,” inserting a little more positivity and fun into the workplace is never a bad thing. But before getting to the fun stuff, challenge yourself — and your colleagues — to think about what role you want to play on your team. Do you want to be a Bryce Harper or a Gerardo Parra? Do you want to be known for being positive, creative and inspirational? What are the qualities of the people you want on your team? As with Parra, sometimes the best teammates don’t always bring the most skills to the table, but their attitudes and ability to inspire others make them incredible assets.

Positive thinking can also help a firm’s bottom line. According to Business.com, positive thinking helps people solve problems, boosts energy and resilience, and improves decision-making. Positivity is also very contagious. If you would like to see your firm make it to the proverbial World Series, think about how you can be the positive force that brings — and spreads — the change.

If you need help with injecting new energy into your office, contact me, Stephanie Holtzman, at sholtzman@jaffepr.com. 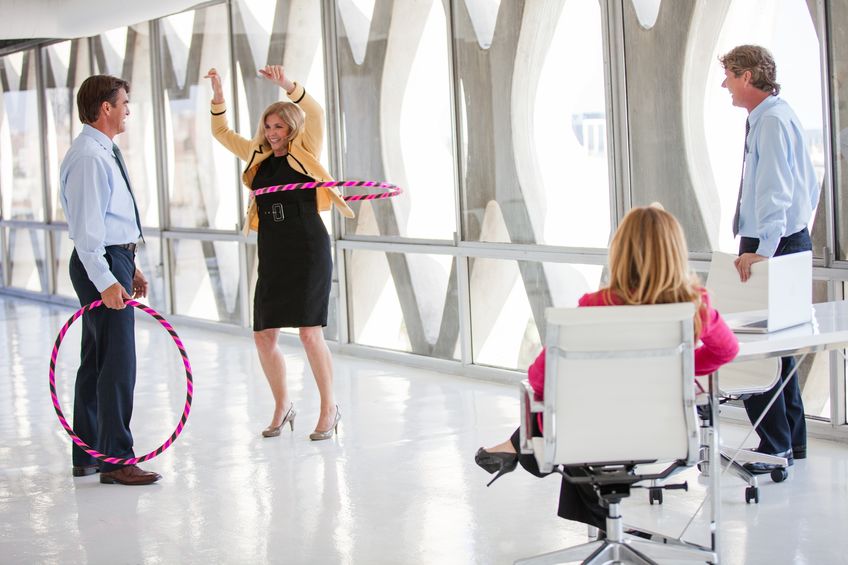