Last month, Equinox Fitness, the parent company of luxury fitness brands Equinox, PURE Yoga, Blink Fitness and SoulCycle, made headlines when it was reported that the company’s chairman and part-owner was holding a fundraiser for President Donald Trump’s reelection campaign. The chain of gyms and studios had developed a reputation for being LGBTQ friendly over the years, so it was hardly a surprise when this new development struck a chord with many of its LGBTQ members and allies, resulting in a highly publicized boycott.

What happened to Equinox is hardly unique in this age of social media, memes and hot takes. We are a highly partisan society, and people bring their politics to their consumerism. That means it’s easier than ever for a firm to find itself in the middle of a crisis, which means every professional services firm needs to have some form of crisis response plan in place.

Picture any of the following scenarios happening at your firm, and ask yourself, “How would we respond?”

Each of these scenarios may be different, but they have one thing in common: crisis. When a crisis hits your firm, you need to be prepared with a crisis plan and crisis communications strategy for the firm and its leadership. The time to prepare is now, not when something bad happens.

How to Prepare for a Crisis

The firm should have a customized crisis plan and online strategy for each of these scenarios that will determine who will communicate relevant information, depending on the circumstances. In the event of a crime, for example, others outside the firm may act as representatives for certain elements of the crisis. Key messages and media statements for each scenario should be drafted and compiled in a crisis communications manual, along with step-by-step procedures of what to do.

Spokespeople for the firm should be selected and agreed upon in advance, with firm protocol for communicating to the media shared with the rest of the leadership team and the firm. Everyone in the entire firm should know who is authorized to speak – and that no one else should do so.

Want to learn more about how to prepare for a crisis? Contact Vivian Hood at vhood@jaffepr.com or 904.220.1915. 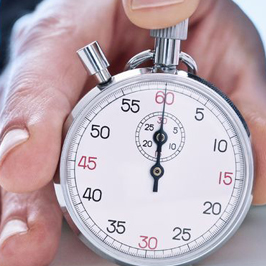