#MeToo in Law Firms: How Ready Are You to Handle the Headlines and Fallout?

On October 15, 2017, actress Alyssa Milano posted a message on her Twitter account that launched the #MeToo movement, encouraging survivors of sexual harassment and assault to post #MeToo as a status update. By the end of the next day, according to CNN, the hashtag was used more than 500,000 times. CNN also said the hashtag was used on Facebook by more than 4.7 million people in 12 million posts during the first 24 hours.

#MeToo initially gained momentum with the accusations against Hollywood producer Harvey Weinstein, but as the past year has shown, many industries have been exposed. Both women and men have revealed #MeToo allegations involving politicians, academics, comedians, the military and sports figures. Non-disclosure agreements and hush payments have been uncovered, and the names and stories of the victims and the accusers have been made public by all types of media outlets.

The same people who advise individuals and businesses about sexual harassment policies and training, and who litigate and defend harassment suits, are now making headlines themselves as the #MeToo movement has extended to the legal industry. How ready are you to handle the headlines and fallout if an employee or client alleges that a partner in your firm has harassed him or her?

The crisis PR team at Jaffe recommends that in-house communications professionals prepare for a #MeToo crisis just as they would for other crisis situations such as embezzlement, fraud or other crimes. Readiness for #MeToo allegations must rise to a new level of candid discussion and thoughtful action. While a sexual harassment claim may appear to involve only two people in a private situation, the fact is that a #MeToo crisis will affect your entire firm in a very public way. The way you handle the crisis will determine how your firm will be perceived in the future, by existing clients, potential clients, staff and laterals, and by the business world at large. And, if a crisis becomes public, your law firm will be questioned about its policies and philosophy regarding workplace harassment.

Let’s start with some basic recommendations regarding your law firm’s philosophy and policies.

1. Recognize that the legal profession is susceptible to the ever-growing #MeToo movement.
The evidence is already clear. Both the bench and the bar have been exposed for misconduct, but sexual harassment allegations against lawyers are not new. In 1992, Baker McKenzie was sued for allegations against partner Martin Greenstein. A San Francisco jury initially awarded the plaintiff $7.1 million in punitive damages, finding that the firm knew of the trademark attorney’s history of harassing women but failed to do anything to correct it. The California Court of Appeals later reduced the award to $3.5 million. The verdict was upheld on appeal.

Jump to March 2018, when Latham & Watkins LLP Chairman Bill Voge suddenly resigned, as Law360 investigated his relationship with a woman he had first approached on behalf of a Christian men’s group and with whom he exchanged sexually explicit messages. The woman was not affiliated with the law firm. Referring to Latham’s decision to accept Voge’s resignation in light of his reckless behavior, the firm stated, “Mr. Voge’s conduct involved the exchange of communications of a sexual nature with a woman whom he has never met in person and who had no connection to the firm. Mr. Voge’s conduct did not involve the firm, any of its clients, or its personnel. Mr. Voge engaged in subsequent conduct relating to this matter that, while not unlawful, the executive committee concluded was not befitting the leader of the firm.”

Another recent matter shows that while not all misconduct becomes public, past allegations and settlements can still come to light, even after the partner has left one firm and moved to another. Consider James Tanenbaum, who resigned only one week after joining Mayer Brown after the Wall Street Journal reported that he had settled a sexual harassment claim with a female lawyer years ago at a previous firm where he had worked. As reported by law.com, Tanenbaum “forcefully denies” the claims.

More examples can be found in a law.com article from May 2018.

2. Schedule a discussion with management about the need for a zero-tolerance policy.
Candidly speak about the potential impact a sexual harassment allegation can have on the firm and its clients.

3. Analyze the firm’s current policies against sexual harassment, along with the process for reporting a claim.
Look both outside and within the legal industry for new ways to enable staff to voice concerns about harassment in the workplace. Linklaters, for example, launched an external and anonymous “whistleblowing hotline” via an initiative called SpeakUp that allows for investigations to take place.

5. Review your firm’s language in harassment reporting policies with regard to retaliation or repercussions.
Firms should examine their harassment policies from the perspective of workplace culture as well. As reported by Law360, incidents of sexual harassment in the legal industry may never reach the attention of managers, partly because of a fear among victims of retaliation. According to legal industry and employment experts, how firms react, or don’t, to inappropriate workplace behavior “affects the well-being [of the legal workforce].”

6. Examine your existing crisis plans and modify or update them to include the potential of a workplace harassment allegation.
A review of harassment claims against lawyers that have gained public attention illustrates that these situations are not “cookie-cutter” and therefore a crisis communications plan must manage any allegations and circumstances. Particularly with high-profile crisis issues, law firms should engage crisis communications professionals to assist with controlling the flow of information, and to manage media interactions and questions.

As we’ve written before, the plan is critical, especially when you consider how quickly news travels. You don’t want to face a crisis of this magnitude without a thorough plan of action steps already in hand. Some plan elements specific to a #MeToo crisis include:

Are you facing a #MeToo crisis or want to be prepared should one arise? Contact me, Liz Lindley, at llindley@jaffepr.com or attend our upcoming webinar, Managing #MeToo and Other Bad Behavior in the Legal Industry, on October 30, 2018, by registering here. 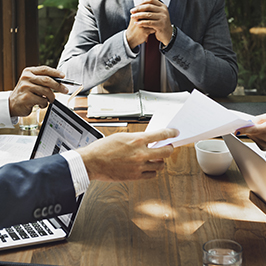