Public reputation, perception and truth: News reporting (not) at its finest

Public reputation. It defines you, your work, your actions, your non-actions, your company, your family and your friends. Every time you read a news article, you form a perception about the person you’re reading about, and you reshape your opinions based on the truths that you believe.

We are taught to believe the press and we hold them to a high standard, but the explosion of blogs and tweets and self-published proclamations, as well as relentless politically slanted assertions, results in a fuzzy line that is constantly shifting between truth, reality and perception.

Take Paula Deen, for example. The speed with which the public’s perception about her changed was faster than butter melting in a hot fryer. How was that possible? She spoke the truth under oath, about a situation that happened a very long time ago. Yet literally the first dozen stories I read did not fully explain the circumstance nor the context of her testimony, instead focusing solely on her past use of derogatory and foul language and her disengaging sponsorships.

I was disappointed at how sloppy and incomplete so many journalists were in their reporting, letting their audience, the public, understand only the most base level of what actually happened and why. The court of public opinion responded and Deen’s public reputation crumbled under the weight.

Another recent news event caused me to take further pause in thinking about how the media are reporting news nowadays – or, rather, the lack of reporting. I had seen links to a headline or two about an Internet mogul’s recent fantasy wedding and the enormous amount of damage he caused to California woodlands, resulting in his paying a multi-million-dollar fine. I truly didn’t pay too much attention to it until I happened across his lengthy essay about the truth behind those headlines. I saw, once again, that a frenzy of attention-getting headlines was more important than truth-seeking journalism.

As content marketing becomes more common for law firms and other companies, taking control of self-distribution of news and successes requires an even greater level of responsibility for sharing the whole story, being transparent and telling the truth. We must not be lazy or inadequate.

How do you defend your public reputation: something that is so amorphous, so at the whim of others to decide your fate? Being prepared with a crisis management and communications plan, and having the support of strong leadership, is more important than ever, should the wind unexpectedly shift your public’s perception. 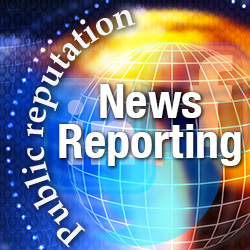 Aligning with Client Expectations — Is Your Firm Walking the Walk in 2022?
Accountability Questions for Business Development Coaching Success
A Pairing for the Ages: PR + BD