Daniel Lippman is a reporter covering the White House and Washington, D.C., for POLITICO. He was previously a co-author of POLITICO’s Playbook.

Before joining POLITICO, Daniel was a fellow covering environmental news for E&E Publishing and a reporter for the Wall Street Journal in New York. He has also interned for McClatchy Newspapers and Reuters. During a freelancing stint in 2013, he traveled to the Turkish-Syrian border to cover the impact of the Syrian civil war for the Huffington Post and CNN.com.

We recently chatted with Daniel to discuss how his reporting has changed since the COVID-19 pandemic and the death of George Floyd, among other topics.

Q: How has COVID-19 changed the newsroom and your reporting?

In the first few months of the pandemic, the stay-at-home order removed the option to meet with sources in person, creating a bit of a challenge to generate story ideas and tips, but my sources found other ways to reach me. The pace of news was so intense that I was busier than normal during the first months, which has only continued, so I haven’t had too much time to catch my breath. Now that Washington, D.C., is beginning to reopen, I’m hoping sources are comfortable enough to meet in person for a drink or a walk, because face-to-face contact is so important.

I also never expected to be writing so many stories that touch on the Department of Health and Human Services (HHS) and the pandemic planning (or lack thereof) of the Trump administration. I’ve learned a lot about how the government’s health infrastructure works over the course of the pandemic.

Q: How has the death of George Floyd changed your reporting perspective?

The death of George Floyd has opened up a lot of Americans’ eyes to the racial disparities and discrimination Black Americans face in our country – specifically in their encounters with the police. My role is to produce non-partisan journalism as I report on the White House and Trump administration from the angle of the protests. This is an important movement to cover, and we are witnessing history as our country grapples with race and making a more just society. It is more important than ever that newsrooms are diverse and staffed with journalists who come from a variety of backgrounds and who can report accurately on issues that are affecting our county.

Q: What type of sources are you looking for?

My sources are usually both current and former Trump administration officials and people who have knowledge of the administration’s decision-making process. Relationship-building is important, as is finding people who are comfortable talking to me and trust me. I am known as a fair arbiter and never want to appear partisan. Building these relationships is a matter of putting in the work. I will call as many people as I need for a story, but some won’t return calls, and others won’t be helpful. My role is to find unique stories that have not been told, break new ground, and serve readers by giving insights and angles into something that hasn’t been reported. It’s a privilege to be an enterprise reporter, exposing new information, and not just following the pack. Political readers don’t want to read about what’s already been written. They want unique stories that pull back the curtain on the administration and Washington.

Q: What is your biggest pet peeve?

My biggest pet peeve is when people don’t return my calls, even though they know I have a good reputation and will be fair. Some don’t want to risk telling me something they may later get in trouble for.

Negotiation is tricky since some sources will share something off the record that you want to use on background, but they won’t budge.

Q: Looking ahead, what are some trends you are interested in covering?

The establishment of the Republican Party seems to be a little wearier of Trump because of some of his recent tweets and his handling of the protests. There is some uncertainty about the future of the party.

I’m also interested in what will happen with mail-in voting, since a lot of people don’t feel safe going to the polls in November because of the pandemic. It doesn’t look like we will have a widespread vaccine by November, and with all the mail-in voting, it may take awhile to get the election results. This may end up with battles in the courts. While the Democrats are pushing for it, it is unclear who actually benefits from mail-in voting. I’m also curious about what the Democratic and Republican conventions will look like.

Q: What do you do outside of work? How have you been keeping busy during the pandemic?

I try to be well rounded in reading, and I read a lot of magazines. The New Yorker is at the top of the list, and I also read Smithsonian, National Geographic and the Atlantic. Not everything I read is political because I want to follow topics that aren’t in my wheelhouse. This helps my creative process and refreshes my brain. I’m also on a recent James Bond film kick and have taken up biking to stay in shape. 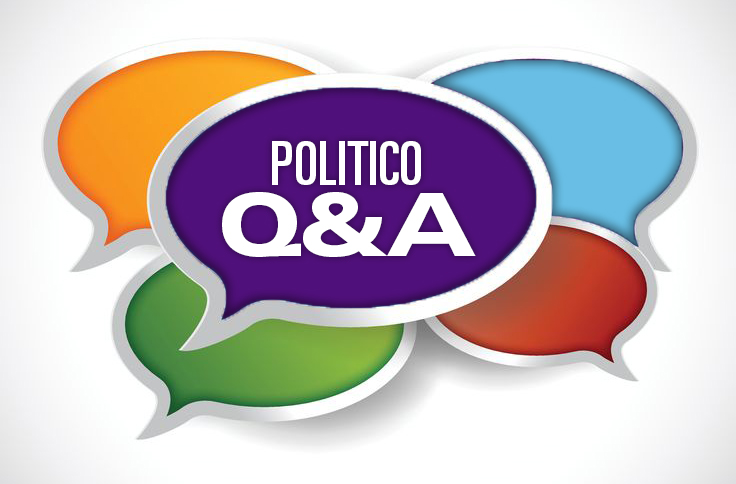 Thoughtful Holiday Gift Ideas to Keep You Top of Mind With Clients
Q&A with the Legal Intelligencer’s Kristie Rearick
Reporters and Editors and Producers — Oh, My!