In today’s competitive marketplace, the name of the game is disruption. No longer is the goal to be the best at the table – the goal is to flip the table over. (Case in point: Just look at what Uber did to taxis and what Airbnb is doing to hotels.)

Sectors that have long felt a sense of security are facing unprecedented competition, often at the hands of savvy technologists. While the legal industry has largely been spared from this persistent threat of a paradigm shift, that appears to no longer be the case, as an inside source from a technology giant just dropped a bombshell – the iAttorney.

According to the tech company’s press release, “The iAttorney will revolutionize the legal industry the same way the iPod revolutionized music. Brick-and-mortar firms are today’s cassette tapes – bygone relics of the past with little utility to today’s modern consumer. The technology company is merely delivering what the market has been demanding for years – a one-stop cloud-based solution that integrates seamlessly with the latest in mobile and wearable technology to deliver high-level legal services.”

Market analysts predict that the revolutionary technology could replace up to 90 percent of the legal workforce employed today. As Ben K. Ding, dean of the Southern Texas Law School, recently said in an interview with the Wall Street Journal, “iAttorney could have a cataclysmic effect on the business of law. Imagine, an attorney who doesn’t need to eat or sleep. It will be like having a first-year associate at your fingertips.”

The following are some of the features iAttorney is expected to roll out with when it becomes available for download via iTunes later this month:

Finally, if you’re still reading this, APRIL FOOLS! While iAttorney is a work of fiction, the fact that technology is changing the practice of law is a reality. Jaffe is always looking for the latest innovations in the legal market so we can help you adapt to change.

Want to learn how we can help you adapt? Contact Terry M. Isner at tisner@jaffepr.com. 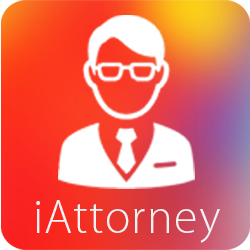