The Yahoo News Shake-Up: Why law firms should care

This does not sit well at all. Reports that Yahoo has put Kathy Savitt, its chief marketing officer and a former honcho at Amazon, no less, in charge of Yahoo’s “media and editorial functions” are enough to send a shiver down the spine of any legitimate journalist.

Gone is long-time Yahoo Editor-in-Chief Jai Singh and, possibly not far behind him, the journalistic credibility that the Yahoo news operation had hoped to nurture though Yahoo CEO Marissa Mayer’s recent hiring of some big-time journalists. They include former New York Times staffers such as Megan Liberman, tech reviewer David Pogue, political writer Matt Bai and, of course, Katie Couric as Yahoo’s global anchor and the “face of Yahoo News.”

Yahoo is in business to make a profit, and it’s logical to assume that this latest move is intended to help curb falling ad revenues and attract a larger audience. But at what cost?

This turn of events at Yahoo also has shades of Amazon founder Jeff Bezos recently purchasing the Washington Post, and it represents a worrisome trend. One difference between the Post and Yahoo is that the former, at least, has a history and reputation in news that should help keep things above the fray. Yahoo doesn’t have that luxury. It never was synonymous with journalistic excellence or even news, for that matter.

Why PR pros should care

But why should we, as public relations and reputation management professionals, care about the Yahoo marketing arm’s management of news?

As a former newspaper writer and editor, and passionate supporter of the values of journalism, I fear for the integrity of the news and for the loss of opportunities for newsmakers, including law firms and lawyers, to have their stories told accurately, unfiltered and unaffected by the whims of news organizations driven by profit-making objectives instead of solely by news judgment. This amounts to one more sledgehammer to the wall that has traditionally separated news from marketing and advertising agendas.

Add to those perceived or potential conflicts of interest some alarming incidents of reporting mistakes by historically reputable news organizations such as CBS’s “60 Minutes” (Benghazi, NSA, MLB/Alex Rodriguez) and you have a gradual breakdown in the quality of news as well. With each transgression, the public loses more faith in traditional journalism and basic trust in the news.

The standards and ethics doctrine of the New York Times, a mostly venerable news institution, reads: “The goal of The New York Times is to cover the news as impartially as possible – ‘without fear or favor,’ … and to treat readers, news sources, advertisers and others fairly and openly, and to be seen to be doing so. … avoiding conflicts of interest or an appearance of a conflict.”

An opportunity for law firms

In the meantime, we also are closely watching these developments with an eye toward other avenues and approaches to help law firms effectively reach their target audiences as the journalistic landscape continues – some say inevitably – to shift.

We at Jaffe PR, and many others in the legal industry, have been saying for some time now that content marketing is the future for allowing law firms to create their own content and tell their stories through means other than traditional media outlets – namely, social media and blogs, as well as video, infographics and other new media.

We still need – and would bemoan the loss of – truly independent news organizations, but at least law firms are finding that they do have alternatives. Each sad report about the Yahoos and Washington Posts of the world snuggling up with their business interests is another harsh reminder of the shifting tide and a green light for making content marketing a major part of your law firm’s marketing plan.

Is your law firm prepared to get on board? And what role do you think traditional, independent media will continue to play? Feel free to comment here or share your thoughts directly with me at rlabuzinski@jaffepr.com. 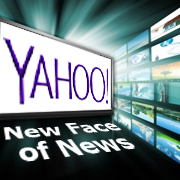